A blog devoted to the works of Stephin Merritt of The Magnetic Fields, The 6ths, Future Bible Heroes, The Gothic Archies, et al. This blog will feature news related to his work, as well as occasional fanboy gushes from the author. Thank you for stopping by, and may all your dreams come true.

Check out this interview with Stephin Merritt from Music Radar. They mostly discuss gear from his extensive studio, though there's some talk about 50 Song Memoir as well.  As always, it's interesting to hear about Mr. Merritt's process in the studio, and he seems downright pleased to talk about it here.

Get a new yellow vinyl edition of Charm of the Highway Strip exclusively from Newbury Comics here.
Posted by Michael Williamson at 1:41 PM 56 comments:

Mere days away from now, on May 12th, Sub Pop Records will release The Bob's Burgers Music Album which will feature Stephin Merritt's and Kenny Mellman's rendition of "Electric Love", a song from the television show Bob's Burgers. The album will be released on vinyl, CD, and deluxe box set. More information here. I updated the discography accordingly a few days ago, but figured it'd be worth posting here as well.

I never would have thought that there would be two posts in a row on this blog regarding Mr. Merritt's involvement in cartoons. But, the world is a strange place sometimes, I suppose! Hopefully we will learn one day how these collaborations came to be.
Posted by Michael Williamson at 8:36 PM 27 comments:

A couple months ago, Stephin Merritt contributed lead vocals for the theme song of the new Comedy Central Jeff & Some Aliens. Seemingly, his version isn't used every week, but just for the one episode. The video lasts about 20 seconds, but I've updated this blog for far more trivial things in the past. Watch below.

Vermont Public Radio just posted this lovely interview with Mr. Merritt. In it, they ask for further clarifying details about "The Blizzard of '78." Though short, I liked the general conceit of having Mr. Merritt discuss one song for 10 minutes straight. He discusses the musical origins, explaining how he got the buzzy hum on the dulcimer in the song, and expounds on his time spent in Vermont. Most excitingly, though, he claims that his next project will be to finish up some musicals he's started. Here's to hoping we'll finally get to see Song From Venus after all these years!
Posted by Michael Williamson at 3:25 PM 2 comments:

Some glorious Youtuber has taken the liberty of uploading Mr. Merritt's recent appearance at Chicago's Museum of Contemporary Art. The event was hosted by Mr. Marc Hogan, co-presented by Pitchfork's In Sight Out. Strangely, only the first and last bits of the interview are up, but I suppose that'll do.

I was at this event and can attest that while Mr. Merritt is incredibly chipper and gracious, it seems that Mr. Hogan was incredibly nervous and occasionally fumbles a question. Still, the videos are very much worth watching and I hope the rest are uploaded soon!

Posted by Michael Williamson at 9:32 AM 6 comments:

A preview of Julian Fleisher's Naked American Songbook episode featuring an interview with Stephin can be found here. The full interview will likely be released for the premier of the show's new season, which is forthcoming. Readers of this blog might also be familiar with Mr. Fleisher for his performance as The Cat in the original off-Broadway run of Stephin Merritt's Coraline, and its subsequent cast recording.

There are some really excellent videos that have been posted recently. One is this one with Vice. While arguably shorter than it ought to be, it does feature some very interesting tidbits, most notably a preview of the Post-It Note system that guided 50 Song Memoir.  Another video, found here features Stephin giving a tour of his absolutely amazing-looking house. Oh, what a dream it'd be to peruse that science fiction hall! And, finally, be sure to check out the extended version of this BBC interview with Mr. Merritt and Jose Zayas, director of the two-night 50 Song Memoir extravaganza.

Continuing in his warpath against the word "favorite," Mr. Merritt lists 13 albums he likes very much here. The author would like to heartily recommend that Ella Lanchester record for those looking for good music to have on whilst writing.

Stephin created this pretty wonderful set list for BBC's Late Junction Mixtape. It's predominantly made up of unconventional covers and features the likes of Klaus Nomi, West Coast Pop Art Experimental Band, and The Silicon Teens. It comes HIGHLY recommended!

Due to the album, he's also done an abundance of press in the past months. While I've, of course, read all of it, I'll spare you the gratuitous over-linking and just share the best ones. This one with NPR features some wonderful acoustic performances of songs from the new album. This one is in Spanish and features the umpteenth retelling of the Spice Girls story. This one presents some further contextualizing of some of the songs from the new album.

I quite like this interview with The LA Review of Books, wherein Mr. Merritt discusses the influence of poetry and literature on his work. Particularly, he expounds on his love for science fiction in a way I've not seen him do previously. By far the best fucking interview from this round of press (and possibly the best I've read with Mr. Merritt in about a decade, the Daniel Handler ones notwithstanding), is this one with Franklin Bruno. Mr. Bruno, he of Nothing Painted Blue and Extra Lens fame, really understands Mr. Merritt's work and presses him on subjects I wish more journalists would approach him on. Specifically, they discuss form and structure and process, and it's great to see Mr. Merritt be so casually open about these things. If you only click one link from this blog post, click that one.
Posted by Michael Williamson at 3:56 PM 2 comments:

After all this time, 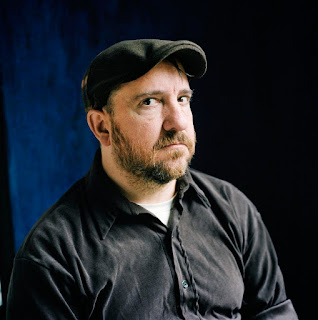 I am alive after all!

I've just returned from seeing The Magnetic Fields perform 50 Song Memoir at Thalia Hall in Chicago. As you may expect, I had a rollicking good time. I had the pleasure as well of seeing one of the premier performances in NYC last December.  The band sounds amazing in its current iteration and it's such a joy to see these songs performed. The more formal presentation of the material is definitely beneficial as well, and I applaud director Jose Zayas!

I hope that you lot have been enjoying the album as much as I have. I am consistently overwhelmed at what a remarkable achievement it is, and I've been pleased that the general public has received it well too!

My enthusiasm for this music has hardly quelled (in fact, I am convinced the new album is amongst Mr. Merritt's best work and I can't stop listening to it), but life has gotten in the way of updating the blog regularly. Truthfully, I regret that I've been inactive during this storm of media appearances and other interesting news. I've been consuming voraciously and not sharing and that goes against my original mission. But, anyhow!

I don't think it's wise for me to attempt to ameliorate my absence by dumping a bunch of things here. I'm mostly just coming out of my proverbial retirement to let y'all know that I've updated the discography to include 50 Song Memoir and a couple of other small things as well. At the very least, I reckon it'll be nice to maintain a comprehensive discography of Mr. Merritt's work!

I reckon not many people will see this. After all, how many people regularly check a dead blog? But, if you have for some reason found yourself here, then please feel free to harangue me in the comments about not having updated for so long. I invite you all to dance 'round my auto-da-fe.
Posted by Michael Williamson at 4:43 PM 74 comments:

Michael Williamson
Michael Di Leone-Williamson is perhaps overly invested in the music of Stephin Merritt and sometimes (though not often) has too much time on his hands. E-mail him at the_hymen_of_reality at yahoo.com if you have any news, comments, or questions. Thanks and enjoy.